Under the current circumstances, we can find ourselves constantly talking about loneliness and isolation. Yet loneliness amongst the over 75s in the UK is now and always has been an issue. According to the NHS, ‘more than 2 million people in England over the age of 75 live alone and more than 1 million older people say they go for a month without speaking to a friend, neighbour or family member,’. These statistics existed before the pandemic and will continue to exist long after.

You can read the full article from Eugene Marchese on ending loneliness with BISNOW below.

Your Elderly Friends And Loved Ones Are Lonely. This Man Wants To Help End That Plight.

We’re all lonely now. Forced to stay at home by a global pandemic and government decree, we all feel the solitude of being apart from family, friends and colleagues.

This is what it was like for the growing elderly population of wealthy countries like the UK and the U.S. even before the outbreak of the coronavirus. And one developer of senior living wants to use a combination of academic rigour and design interventions to do something about it.

“The pandemic has demonstrated to people that there is an issue around how we look after our loved ones and older people,” Guild Living founder Eugene Marchese said. “We have to bring them back into our communities.”

Marchese was thinking about the problem long before the current pandemic. More than 2 million people in England over the age of 75 live alone and more than 1 million older people say they go for a month without speaking to a friend, neighbour or family member, according to the NHS.

Guild Living, which is backed by Legal & General Capital, is in the process of developing four later-living communities in the UK, and wants to make sure that its residents’ physical environment does as much as possible to reduce loneliness, as do the tools and facilities a senior living facility can offer to keep residents connected.

To that end, the company is undertaking an academic research programme with the University of Bath, looking into the causes of and potential interventions to reduce loneliness. University of Bath visiting professor Malcolm Johnson was recently featured on Channel 4’s BAFTA award-winning series Old People’s Home for 4 Year Olds, which looked at whether the health of older people might be improved by spending more time with young people.

To generate rigorous academic data that can be used to influence the facilities Guild Living builds, the project last month completed a series of in-depth interviews with older people across the UK. A series of think tanks among professionals of different disciplines will be held throughout this year to discuss the research, and then potential design interventions will be tested out in existing senior living facilities. What works and what doesn’t work will be published in an open-source format so it can be used by other developers.

Marchese, an architect by background, said his interest in the topic has personal origins. Both of his grandmothers in Australia suffered from dementia, with one living 19 years after the first symptoms emerged. Seeing the facilities in which they lived spurred him to think about how they could be improved.

“In Australia and New Zealand, the sector is more mature, and a lot of these facilities are 30 or 40 years old. You looked around them and thought, I wouldn’t want to live here.”

One particular incident brought home how the physical environment plays a huge role in the quality of life of residents in senior living facilities.

“I was looking around one facility, and an older gentleman came out of his room,” he said. “The rooms were laid out along long corridors. He got to the end of the corridor, and he must have had continence issues, because he started hurrying back. But he was confused about which was his room because they all looked the same, and he soiled himself. He looked at me, I looked at him, and just saw despair.”

Marchese did not want to preempt the findings of the academic study, but said loneliness is about more than just being around people.

“People often think that if you put an older person in a room for dinner with five other people then they won’t be lonely, but it is not that simple,” he said. “It is not just about sending someone round to have a chat. A lot of older people report feeling a lack of self-worth and a detachment from society, and feel that they can’t even talk to their families because of that.”

The elderly among us, at most risk from the coronavirus, are now even more isolated, but this is not a new problem. The loneliness we all feel today might just produce the empathy needed to address an issue that has been latent in society for a long time. 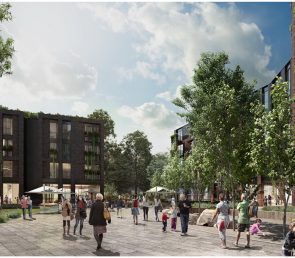 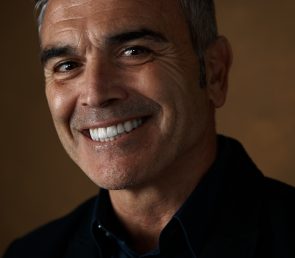